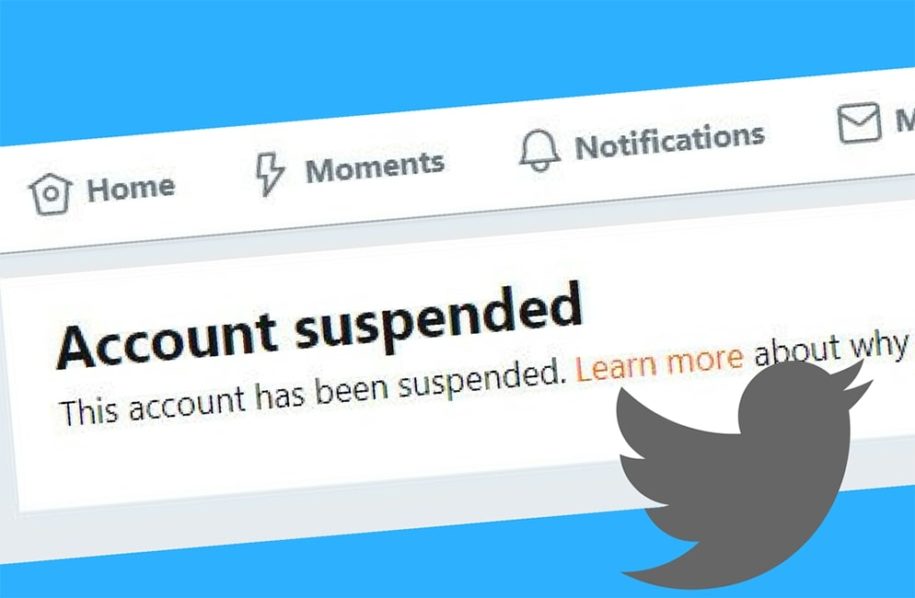 Twitter is an amazing platform that can help you grow your business, monetize your work, meet many new people, and be the first one to know about the latest news. Additionally, this social media company has rules that protect its users from being exposed to harmful, abusive, unethical, hateful, fake content and accounts. These policies are here to keep you safe, but what happens if you accidentally break the rules, or you get an email that you’re suspended without doing anything wrong? How long do Twitter suspensions last, and how can you gain back your account? In today’s blog, we’ll discuss the various suspension forms, what type of behavior to avoid and what you can do to save your Twitter profile.

A great example is former president Donald Trump, who got a ban on the platform because his online behavior was inappropriate and could promote offline harm. This incitement of violence by the ex-president earned him permanent jail and no access to the platform. Unfortunately, Trump isn’t the only celebrity to get banned. On the contrary, numerous actors, bloggers, singers have been suspended, some of which even threatened legal action against the platform. However, as we mentioned before, this is a private company, and they have the right to set rules and expect users to read and follow them.

Now, if you go against the rules and your account is locked or suspended for good, there will be consequences. Read-only mode is one of the two mild forms of suspension when the platform prevents you from Tweeting, Retweeting, and liking Tweets. You’ll still be able to send direct messages, you’ll read everything on your timeline, and others will be able to write to you, Retweet your posts, like your content, etc.

The following variant is a locked account because you need to verify ownership or edit your profile. In this case, you will log into the account, and Twitter will let you know the additional information they need from you before you can start using your profile again. They’ll also let you know which policy you disrespected and why they’re locking you out.

What is a permanent suspension? This is officially the most serious and harshest enforcement action that the platform can take. It means that your account won’t be visible to people anymore, and you won’t be able to post Tweets, interact with other accounts, or even gain back access to your profile. If you get an email letting you know that your account is permanently suspended, you can report it and get in touch with the platform’s Support in case you think you haven’t done anything wrong. Twitter’s representatives will go over your case once again and decide whether you’ll get your account back or not.

Considering that offensive, misleading, fake, hateful, abusive Tweets can cause real-world harm, users with inappropriate conduct are suspended according to Twitter rules. However, it can happen to anyone to skip reading the regulations and eventually end up in suspension. So, how long do Twitter suspensions last, and should you start panicking when you receive an email from Twitter support?

Unfortunately, this isn’t a simple question to answer. In general, the platform does release a part of its suspended accounts, but not all of them. How long your “jail time” will last and whether you’ll get out of it depends on what you did wrong. Thankfully, Twitter will let you know the reason and tell you if they need additional information to resolve the situation.

The read-only mode suspension lasts between 12 hours and a week. A locked account lasts until you provide Twitter the information they requested from you, whether that’s a phone number, picture, address, etc. This usually lasts between 24 and 48 hours.

Getting a permanent Twitter ban means that you won’t be able to use that account again or create a new one. Since many people use Twitter for business, it’s essential that you read the network’s rules and blindly follow them. You don’t want to lose everything you’ve worked for, so you should definitely contact the Support team and file a claim.

How to get around Twitter suspension and go back to your regular posting? If you receive an email that you’re suspended, these are the steps to potentially unsuspend the account:

Try to Unsuspend It

If you received a notification or email that your account is jailed, you can try unsuspending it by logging in. For example, Twitter might ask you to enter your email address once again or your phone number. If nothing changes after this step, it’s time to file an appeal.

If you’re sure that the social media platform locked your account by mistake, and you did nothing wrong, you should file an appeal. You still need to log into the account, then report the issue to Twitter’s support team. They will review it and get back to you.

Now there’s nothing else you can do but wait. But, unfortunately, there is no specific wait time, so you have to be patient. In some cases, the representatives will look at your claim right away; in others, you might need to wait for a few days before getting an answer.

What happens to permanently suspended Twitter accounts? Well, this is a much more serious case because you risk losing your profile for good and all your Twitter information with it. You can bring your account back, but the route is the same. You should file a claim and wait for an answer from the support team. Some people manage to get their profiles back, but others don’t.

If you want to avoid Twitter jail, you have to follow the rules! These are the things you should do to successfully maintain an active account, build your business, and monetize your brand. A single controversial Tweet can lead to suspension, so the tips we listed below can save you from a lot of trouble:

A single person with multiple related accounts is a huge no! Of course, you might not get caught, but why risk it?

Don’t Overdo It With Links

Spamming with links is the next thing to stay away from. Yes, links can be an excellent way to promote your business, but your Tweets should be a mix of text and links. Also, the platform doesn’t let you post affiliate links or cross-promotion with links on various platforms.

A discrepancy in your follower and following count can take you to jail on Twitter. One of the most common reasons why users are suspended is because they start following many accounts, then shortly after, they unfollow them. If you have a few hundred followers, but you’re following thousands, then this will be very suspicious to Twitter.

Twitter hashtags are excellent for brand exposure, as long as you don’t use too many. Instead, stick to two to three hashtags that are relevant and related to your content. Unrelated hashtags aren’t a smart idea.

Don’t Post the Same Thing Over and Over Again

Spamming is not a Twitter-approved activity. Therefore, posting the same Tweet repeatedly can get you suspended; you should never do it.

Don’t just copy and send the same direct message to many followers. This can easily be interpreted as spamming, and you can be locked out of your account.

If your profile is inactive, it can be banned. That’s why you should Tweet, Retweet, and engage with other users. If your account hasn’t been active in the past six months, it will very likely be suspended.

How long do Twitter suspensions last, and can you get around one? There are numerous reasons why your account on the platform is suspended, and the length of the ban can vary. In addition, some suspensions are reversible as long as you provide the information Twitter requires or stop the behavior that goes against the rules. For example, locked accounts are generally active after 24 to 48 hours, while read-only accounts go back to normal after 12 hours to 7 days. Unfortunately, there is no specific timeline for permanent bans or a way of knowing whether you can save the account.