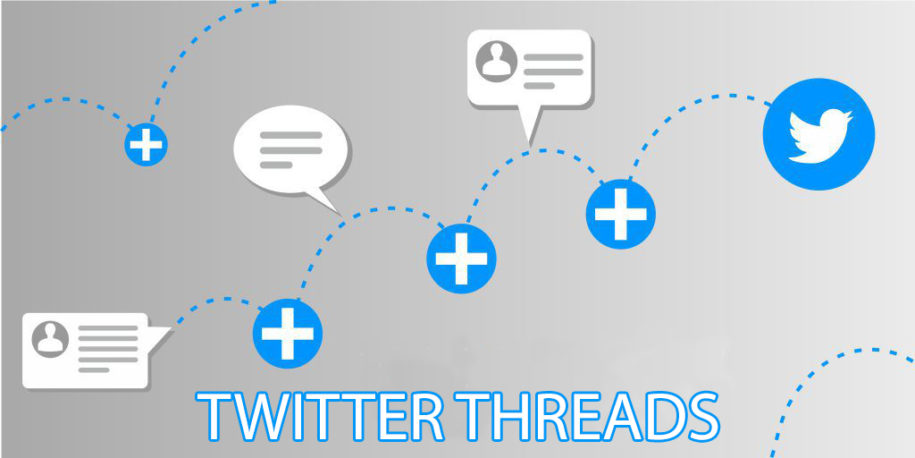 Twitter has been the leading source of news on the internet. Most of its 206 million active daily users go on the social media platform to get the latest happenings around the world. That is why the biggest brands are also present on the platform. They are taking advantage of this free advertising space online. And so can you.

No, worries. We will discuss what threads are, how to create a thread on Twitter, and how you can even use them to your advantage.

A Twitter thread is made up of numerous Tweets that are linked together to form a long post. The connected Tweets form a coherent thought.

A thread can be identified by the vertical line on the left that connects the series of Tweets and at the bottom, there is a Show this thread clickable link.

People can post Tweets on Twitter every minute. So, why the need to make a thread? Here are some of the reasons why it’s more beneficial to make a thread rather than just spam posting Tweets all day.

As we are all familiar with, a Tweet is only limited to 280 characters. By creating a series of Tweets to form a thread, you can push the boundaries of the character count limit the platform has made.

You can also be certain that your long post will be read in its entirety and in the correct order; unlike if it was posted as individual Tweets.

Open up a conversation

Making posts is all about reaching out to your target audience. By making a long post, you are talking to them, bringing up a lot of ideas that Twitter users can mull over. Each point can open up a conversation, and you will be able to interact with them on each specific topic or idea.

When you make this connection with your audience, they will form an affinity with you and your brand.

When you create a thread, each segment still acts as a regular Tweet on which Twitter users can like, reply, or retweet. Having more Tweets in one thread means more chances of getting these engagements, instead of just posting a single Tweet.

The more engagements you have, the higher your chances are of making money off of Twitter.

Creating a Tweet thread is very easy. You may use your desktop to access the site or, more conveniently, use your phone with the mobile app.

How to make a thread on twitter using your desktop:

A final piece of advice

Since you have learned how to make a thread on Twitter in this quick guide, please post responsibly. Fake news and wrong information go about freely on the internet. Do not be a party to that. Do your research before Tweeting.

Now, with all this know-how, go forth and use Twitter to your advantage.