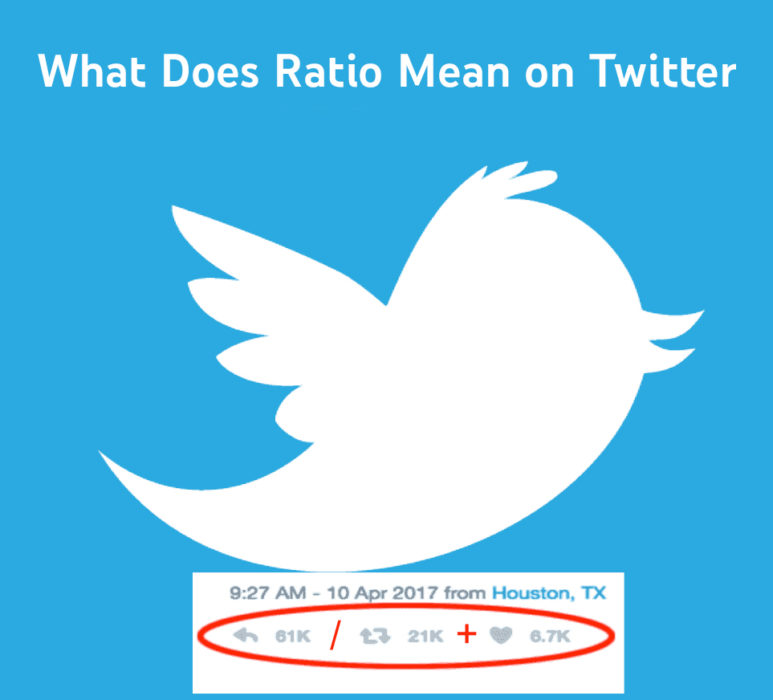 In the social media context, “ratio” immediately refers to a post’s general state of being disliked, unpopular, or controversial.

The use of the word ratio was coined by social media users around 2017 to refer to the proportion of likes to comments. Likes of “ratio” or “ratioed” posts are typically a third of the number of comments. A bad ratio would, for example, be around 300 likes to 900 plus comments.

Having this ratio of likes to comments reflects the infighting in the comments section. People who disagree or do not see exactly eye to eye with these posts comment their dissenting opinions only to be answered by supporters of the post. An online (written) verbal war ensues, hence the ballooning of a “ratioed” post’s comments.

What does ratio mean on Twitter? Twitter ratio is essentially the same thing. The majority of posts on social media that are “ratioed” are found on Twitter.

Bad tweets that offend or make enemies of a good fraction of Twitter users will more often than not garner ballooned bad ratios of comments to likes and retweets.

Same as with other social media platforms, “ratioed” tweets have at least three times the number of comments to likes and retweets.

Trolls are internet users that purposefully post to anger, other users. A troll intentionally posts a controversial or insulting tweet for his twisted concept of attention-seeking.

More subtle use of “ratioed” tweets for gain is prevalent with the so-called “stan culture” where “Stans,” who are intense and rabid fans of celebrities or any other entity bait other people to comment and “ratio” tweets of anything from their fandom. These “ratioed” tweets are frequently just engagement tweets to help a topic trend and garner attention and hype. After all, bad publicity is still publicity.

What Does it Mean to be “Ratioed” on Twitter?

If you are active on Twitter, you should probably learn to assess beforehand if your tweet will be a “ratioed” one or not. If you want to keep a peaceful status quo with the vast majority of your followers, then avoid posting potentially ratioed tweets that will negatively impact your following.

To create a “ratioed” tweet (intentionally or otherwise) is like creating a warzone. You do so at your own risk. If you choose to not practice constraint, then you just might be caught in a dogfight you are not ready for. You may, of course, garner negative opinions from thousands of people because of posting a horrible tweet. If you don’t want that.

A “ratioed” tweet will always reflect badly on the one who posted the original tweet. Risk public dislike and getting blocked on Twitter when making ratioed tweets.

The internet is already a disturbed and messed up place. If you have the urge to tweet stuff that will rival the worst tweets Twitter already has, maybe think again. Now that you know what “ratioed” tweets can do, avoid them altogether, whether creating them or just merely reading them.