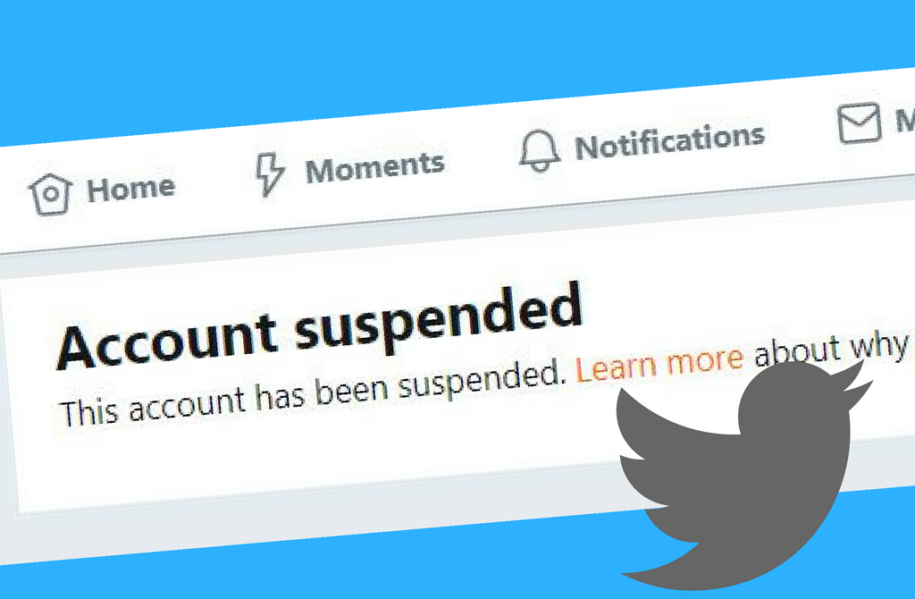 Surely you have a lot of questions about your account suspension like, ‘what have I done to deserve a suspension?’ Or ‘Have I finally gone overboard with my tweets that Twitter has finally caught up with my spamming?’ Whether you are aware of your offenses or not, the good news is that Twitter will be locking your account for a relatively short period of time only.

We think that it would be worth a lot to know why your Twitter account has been frozen in the first place.

So why does Twitter suspend accounts anyway? There are several reasons for Twitter to go suspending or locking an account. Six of them, to be exact, and all of them have to do with the violation of some Twitter rule or another. With this list, you can pick out what you have done wrong, so you could learn what not to do so you can avoid having your Twitter account suspended in the future. Read along and be more informed.

Twitter, like all social media, is all about engagement with other users. So, when does Twitter deem engagement aggressive? The engagement threshold of Twitter is not known to the public, but Twitter has placed these thresholds in place to mainly safeguard the Twitter environment from bots and their inhuman ability to amass return-generating engagements.

For example, if you follow 50 or more people on Twitter in the period of an hour, Twitter will most likely flag you as a bot and will suspend your account to prevent any further potential damage your suspected malicious activity can do.

Tweeting and retweeting at an abnormally fast rate can also get you flagged. Using software that automates commenting and likes will also get you in trouble. Just remember as a rule of thumb that doing a lot of things in a short amount of time like a robot will probably get you suspended.

A few years back, Twitter had a really bad spam bot problem that user experience was compromised. Fake followers that sought to spam everyone plagued the entirety of Twitter. Twitter has since corrected this situation and has put in place parameters that suspend or ban accounts that they suspect are spam robots.

If you want help with your engagements on your Twitter, then make sure to employ only legitimate Twitter growth services that use genuine engagements from genuine Twitter accounts to help you gain an advantage in whatever you use Twitter for.

Automation on Twitter normally does not get you suspended on Twitter. If you schedule a tweet to be tweeted at a specific time, then this kind of automation is okay. As long as an automated action like tweeting and retweeting content is written personally by a Twitter user, then no alarms will be raised and your account should be fine.

But if you use tools like software that auto-generate content to tweet over and over for your microblog, then that kind of automation gets you in trouble with Twitter, fast. The same is true for tools that auto-follow a large number of Twitter users in a short amount of time. These things affect Twitter’s ideal social media environment and make the Twitter user experience unpleasant.

Twitter has remained relevant to the public largely because Twitter has, for several years since its inception, kept it a place where people feel safe. If you, for some reason decide to violate the Twitter rules about respectful behavior towards others through harassment, discrimination, and abusive tweets, then Twitter will come down fast and hard on you with sanctions.

Getting banned for life would most likely be your punishment, and you would be lucky to only get your account suspended with these kinds of infractions.

Think twice before you tweet or comment on private pictures of other people on Twitter not just because of concern for getting suspended or banned but because violating other people’s privacy is never the right thing to do.

Posing as another person or entity on Twitter is another sure way to get an account suspended. We are all too familiar with those shady accounts who are not who they say they are. Celebrities are the usual but not the only victims of these posers.  These posers only help make Twitter dirty, and that is why Twitter is strict with these kinds of violations.

3.      If your account has already been suspended, then there will be a form to submit an appeal for unlocking your account from suspension. Fill out the form honestly and click ‘Submit.’

4.      Keep a close eye on your email inbox for any response from Twitter that you should respond to. Failing to respond will get your appeal denied.

5.      Now, you wait. The majority of these kinds of appeals take around 48 hours to get unsuspended.

How to Avoid Being Suspended in the Future

Read and go visit Twitter’s rules and user guidelines and strictly adhere to them. If you use Twitter responsibly, then you will have no trouble using this microblogging service.